Get your driving license quickly and fun

CAR AND MOTORCYCLE COURSES IN ENGLISH

We have more than 40 years of experience teaching the best car drivers and motorcycle riders in Barcelona city. Learn with us and become one of them!

We offer face to face and online drivers education, our 4 day intensive traffic school courses in Barcelona are fun, convenient, and easy to follow.

BEHIND THE WHEEL AND MOTORCYCLE TRAINING

Learn the rules of the road in Barcelona, with personal driving
instruction. Day, Night and weekends plus hourly packages available!

Turn the Barcelona Driving Test into a fast and fun experience. Plus get all the
necessary material in English included.

CORSA driving school in Barcelona offers face to face intensive
classroom courses, one to one lessons (at home or at the school),
online courses, behind the wheel driving lessons (with stick shift or
automatic vehicles), and Motorcycle riding lessons, everything in
English. 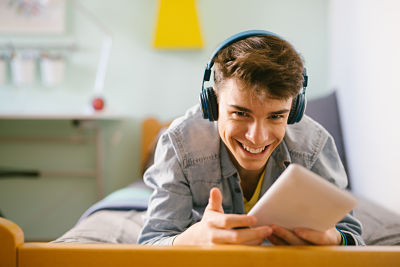 It is not mandatory to validate your license until it expires. Once it has expired or shortly before the expiration date, it is obligatory to validate it and exchange it for a Spanish license.

Those driver having a indefinite license (that never expire) or those which are valid over 15 years, must exchange it for a Spanish license within 2 years after getting the legal residency in Spain.

Once you have exchanged your license:

• The driver obtains 12 points (Spain has a system of points in which, depending on the severity of the traffic violations: minor/serious/very serious, points get taken away).

• The driver is entitled to drive motorcycles until 125cc (if the original license isat least 3 years old).

• The original license will be returned to the country of origin.

• All types of licenses will be validated even if they are lost.

NOTE: The Owners of a vehicle with a foreign license plate have one month after getting their legal residency to VALIDATE THE LICENSE PLATE IN SPAIN.

– Licenses of countries with an agreement (non Europeans):

Drivers from these countries must validate their license and exchange it for a Spanish license within 6 months after getting their legal residency in Spain.

If the drivers from any of the above countries have an expired license or lost it, they will not be able to exchange it for a Spanish one, with the exception of Andorra, Japan, Switzerland, South Korea and Monaco.

Drivers from these countries must get a new Spanish driving license within 6 months after getting their legal residency in Spain. After that time, these licenses are not valid in Spain any more.

To get a Spanish driving license, you must pass a written test (30 multiple choice questions) that you can take in English, and a driving test on the road with stick shift or automatic car.

WHY CHOOSE OUR DRIVING SCHOOL?